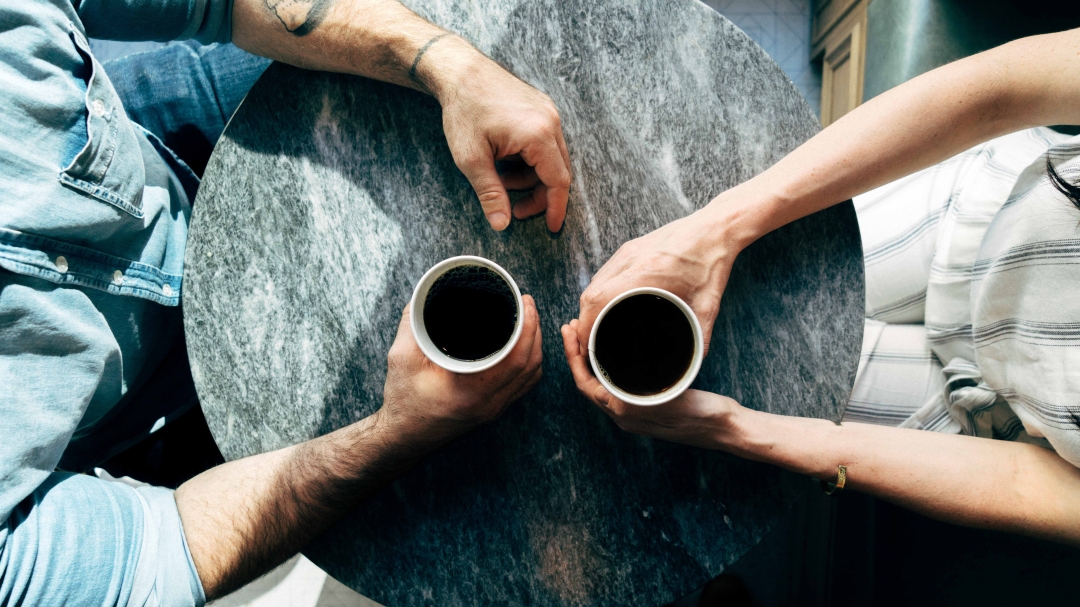 A few weeks ago, my wife received our kids’ homeschool curriculum. It’s sort of nerdy Christmas in the Kozak house, but hey, we’re weird, and we like it. Typically, every year, my wife is incredibly excited about what the kids will be learning, the new adventures they’ll embark on, and the new things they’ll discover. Except, this year, there is one part of school creating a little apprehension and anxiety—the talk. That’s right, it’s that time for my oldest to get “the talk.” You know it’s coming when your kid starts asking questions—good questions. Despite your attempts to avoid or divert the issue, they aren’t buying it.

After I laughed at her a little (we have three girls—and that is all her), I got to thinking about the church, youth ministry, and other conversations with our students that we actively avoid—the ones that create overwhelming amounts of anxiety. Maybe it’s not on purpose; but with massive cultural shifts, topics we aren’t familiar with, or topics we don’t think are affecting our students when in fact they are, it’s easy to let those conversations fall to the bottom of our todo list.

I think it’s time we reprioritize our lists. Cultural trends are not swinging in our favor giving us all the more reason to immediately stop what we believe is important and address what our students are telling us is crucial to their spiritual growth.

There are dozens of topics, but here are what I think are the top four.

A few days ago, someone posted on social media that an eight grader took their own life. A youth group kid showed none of the typical signs of depression. But just like that…gone. The unfortunate reality is that stories like these are not isolated incidents or odd occurrences. We see it all the time. We should be shocked, but we’re not.

It’s nothing short of alarming to see this incredible rise in mental health issues—from depression, anxiety, high-stress levels—it’s overtaking the lives of far too many students. The CDC has recorded a rise in behavioral issues related to mental health in children as early as 3. But the percentage of young people suffering from depression and anxiety nearly doubles from the age of 11 to 12—right around the time they are entering middle school. Students are carrying smartphones regularly, schools are using technology is almost every class, and the social pressures of digital life are beginning to take hold of them. But how much worse is it when our students see incredible role models—including pastors—succumb to the lies and lose the battle.

It’s time the church take center stage and lead the fight, the research, and the recovery. The only answer to that empty feeling of hopelessness is the hope in Christ. Imagine, if someone as close to Jesus as Jarrid Wilson was couldn’t get past the lies, how is someone who doesn’t know Jesus have any shot at beating this thing? I would love to see the church become the beacon of hope she was intended to be. It starts by entering the conversation.

Our students’ greatest witness of the truth of Jesus in their world is the holiness they pursue. Yet the simple truth is that we would rather not talk about it. We would much rather talk about our failures, our victimhood, and how hard life is, rather than celebrate the victories, the accomplishments, and the righteousness we achieve. It’s almost like the idea of being holy is a dreaded four-letter word.

Just think for a second. When was the last time you, or someone you know consciously bragged about being like Jesus? When was the last time you got together with some friends and actively celebrated how Christ-like you have become? Not likely all that often. We certainly don’t want to come off as self-righteous. But perhaps even more so, we really would rather not confront our sin and need of repentance. For some, we might rather ignore it, but for others, it’s far easier to outright deny it. Either way, if we are ever going to celebrate any kind of holiness, we have to first be willing to call our sin what it is—sin. And do something about it.

But when you do, celebrate it!

Our students’ greatest witness of the truth of Jesus in their world is the holiness they pursue.

I don’t know a pastor or church leader who doesn’t champion small groups in some form or another. We would all agree that they are integral in making disciples at any age. As followers of Jesus, we must do life together. It’s a prerequisite for becoming a disciple. But we often forget some of the best-unintended benefits—what happens when our students gather in community—they become a tribe?

We like the word tribe in our modern circles. I have a t-shirt someone once bought me that reads, “Tribe Leader.” My wife calls our kids, her little tribe. But the word has a much greater meaning than merely a pop-culture reference. When we talk about tribes, we’re talking about a more substantial bond, a greater commitment, and stronger loyalty. Groups who exert a sort of tribalism in their behavior become so loyal and committed to the group, their cause, views, or agendas, that rational arguments to the contrary are often met with disdain or even aggression. We see this kind of behavior all the time from sports to politics. Take a few minutes and scroll through your social media feed and there’s always a few people who seem so sold out to one particular narrative there is no convincing them otherwise. Or what about the person who you have repeatedly explained the gospel to, yet short of Jesus himself they simply won’t listen. Even the Pharisees, in the face of actual, mind-blowing miracles, failed to put their faith in Christ.

There is a reason why Scripture tells us that bad company corrupts good morals. Because it does. Our students, as early as eighth grade, are forming their tribe. Whether it’s in sports, academics, or even gaming, our youth are looking for their place in culture. We need to be asking ourselves what tribes do our students belong to, who is captivating their attention, what narratives are they listening to, and who’s opinion do they trust?

I say this much too often, but it’s worth repeating. Truth matters, and it matters to our students. No matter where I travel, students are always captivated by conversations surrounding truth. Most have not fully bought into the post-truth narrative and they see right through fake news, Instagram filters, and phony pastors. They want authenticity—real people being real. It’s something they see value in that many in order generations take for granted.

The post-truth narrative self-defeats and I think our youth can already see that—despite what they are being told. But in a world where feelings trump facts, we need to help them to develop a discerning mind—one that can follow the trail of facts rather than jumping on the bandwagon of how they feel.

For more on the importance of truth, go here and read some of my other articles that go into greater detail.

Discipleship is messy because it forms in relationship—and relationships are messy because people are messy. Which, of course, makes the intentionality of bringing up these topics incredibly difficult. But just because some is difficult doesn’t mean we avoid it. In fact, anything worth doing is often very difficult.

Whether it’s your youth ministry, your family, team, or classroom, these conversations (among others, I imagine) are not just meaningful, they are critical. Avoidance could result in catastrophic unintended consequences. So start having them…today.

Steve has been an experienced and dedicated youth ministry and non-profit leader for more than 15 years. Steve has taught in the classroom, local church, and parachurch organizations. Steve holds a masters degree in theology from Moody Theological Seminary and a masters in Christian apologetics from Biola University. He speaks and writes on youth ministry, youth culture and apologetics. He resides in northern Indiana with his wife and four children. View all posts by stevenmkozak

This site uses Akismet to reduce spam. Learn how your comment data is processed.