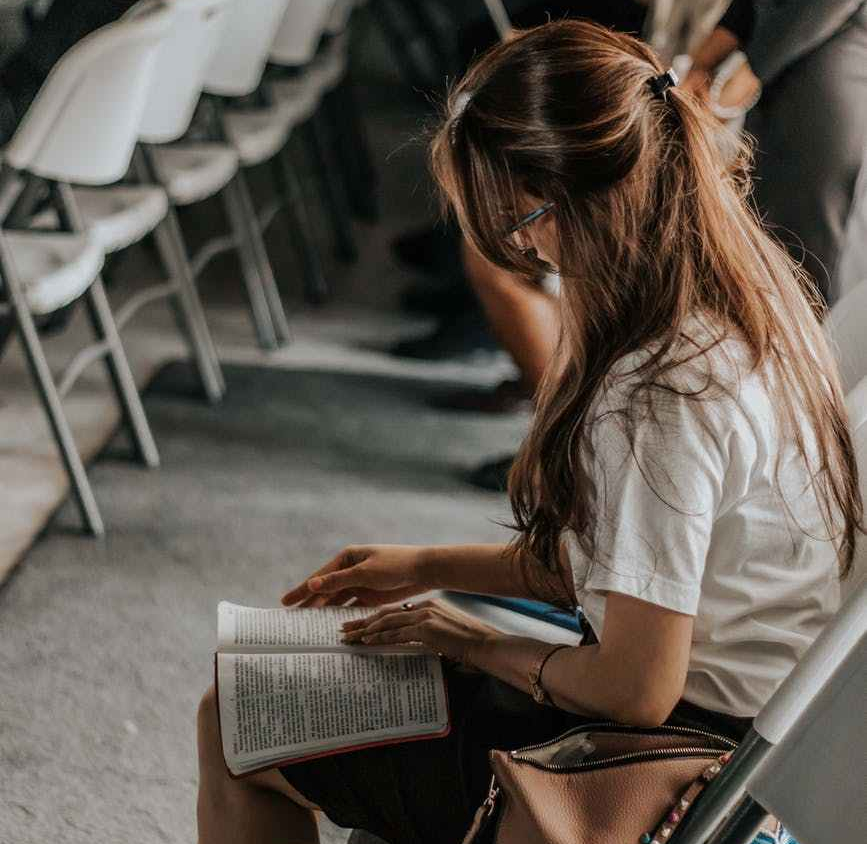 How Pastors and Parents Can Reclaim the Authority of Scripture

The Bible. The story of God’s pursuit for His people has weathered countless cultural storms for more than a thousand years. Since its canonization in the fourth century A.D., it has been burned, banned, and belittled. It has been celebrated, revered, and trusted. It has been used to spawn incredible good as well as justify horrendous acts of evil. It’s 2019, and the Bible remains on top of the all-time best seller list and yet is increasingly ignored and mocked by mainstream culture.  It’s been classified as irrelevant.

Western Culture’s Rejection of the Bible

Western culture is insistent on promoting and somehow living out a post-truth reality—one based almost entirely on felt needs rather than fact. It has systematically driven the authority of Scripture out of homes, schools, and even universities founded on the Word of God.

Think about this for a minute.

Harvard University, America’s first college, now one of the most secular universities in the western world, was founded by a group of pastors for training church and state leaders. As you enter one of the busiest gates into the famous Harvard Yard, you pass under the words of Isaiah 26:2, “Open ye gates, that the righteous nation which keepeth the truth may enter in.” Even the university seal is inscribed with the word, Veritas, the Latin for truth. Yet Harvard openly chooses to promote a post-truth ideology.

The Church’s Rejection of Biblical Authority

Even Christian pastors and churches have made a conscious decision to cast aside the biblical foundation for truth for a softer, seemingly more palatable version of it. Citing the Bible is too harsh, too irrelevant, too bigoted, too hateful, and no longer relevant for today’s audience. We need not take the Bible so literally and only use it as a general guide when it fits our current cultural climate and emotional needs.

It seems like every day there is something that reminds me of how vital it is for Christians to hold firm to scriptural authority. Recently I came across some fascinating research conducted by the Center for Bible Engagement. They interviewed more than 200,000 people from 8 to 80 years old, from 20 countries, and more than 75 denominations. They discovered that just by reading the Bible four times a week, a person’s life could change radically.

They determined that someone who engages the Bible four or more times a week is:

30% less likely to struggle with loneliness.

Consider Nehemiah and Ezra. Nehemiah took on the task of rebuilding the walls surrounding Jerusalem. It was a task to rebuild not just a wall, but Jerusalem’s security and stability as a city. A task that belonged to God Almighty. Once the task was complete, and the Israelites had settled in their towns, “all the people assembled as one man in the square before the Winter Gate. They told Ezra the scribe to bring out the Law of Moses, which the Lord had commanded for Israel” (Nehemiah 8:1).

“Scripture is not just ink on a page; it is the breath of God on a page.” – Louie Giglio

I have this image in my mind of what it might have been like. The very breath of God hanging over the people as Ezra read, energizing the people, a miracle in the making, and the launching of a revival. The rest of the book tells the story of a nation captivated by the miracle Ezra held in his hands. The nation of Israel repented, renewed their covenant with God, and celebrated the revival. This passage always reminds me of the power of Scripture. The miracle of being able to hold the very breath of God in our hands. To learn from it, to live by it, and let it shape who we are designed to be.

Do we really need any more reason to make certain that as a pastor, each time you stand behind the pulpit, a teacher in front of a classroom, or a parent leading a family devotion, to be entirely dependent on Scripture? Do we need any more motivation as a parent to be daily in the Word, searching for wisdom on how to best to raise our children, and as student leaders guiding our youth with the Bible as they begin to mature into adults and own their faith?

Steve has been an experienced and dedicated youth ministry and non-profit leader for more than 15 years. Steve has taught in the classroom, local church, and parachurch organizations. Steve holds a masters degree in theology from Moody Theological Seminary and a masters in Christian apologetics from Biola University. He speaks and writes on youth ministry, youth culture and apologetics. He resides in northern Indiana with his wife and four children. View all posts by stevenmkozak

This site uses Akismet to reduce spam. Learn how your comment data is processed.